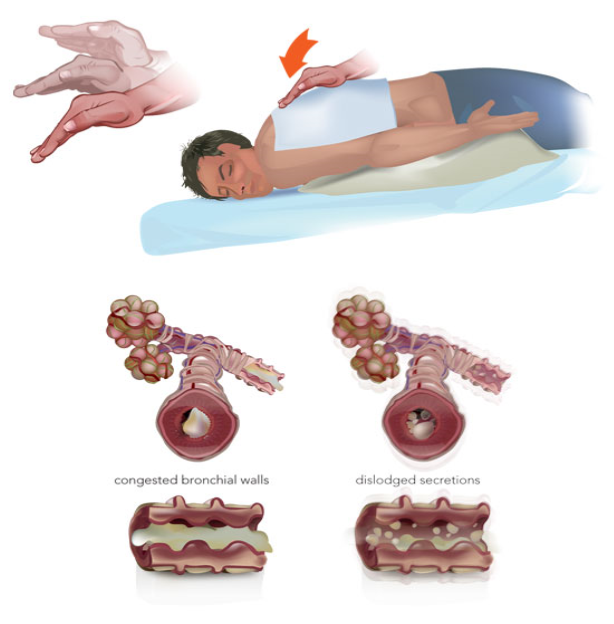 Why is it so important to prevent air trapping?  In some areas of the lung where air trapping occurs, the airway may eventually become totally blocked.  Then air can no longer enter that portion of the lung and an area of collapsed lung occurs called atelectasis.  Small areas of collapse can go undetected for a long time even though normal breath sounds are heard with a stethoscope.  Routine x-rays can also be read as normal.

If this small collapsed area is not re-inflated soon, inflammation and infection will continue causing permanent damage to the airway of the lung.  This damage is in the form of an abnormally shaped, floppy and/or overly stretched airway which tends to produce excess mucus. This damage can be a focal point for chronic infection.  This is called bronchiectasis and it is not reversible.